My dog George is awesome because he runs with me. Not only does he just run beside me though, he makes me work hard to be a better runner because he pulls me along. He is actually much faster than me, which I enjoy, even though it’s a much faster pace then I normally run. It’s definitely hard work to run with him and I can only take him along when I know I’m really ready to run fast. Since I am in training for the Santa Clarita Marathon, I know that some of my training runs need to be a bit faster, which makes those the perfect time to bring George along. It’s also helpful to track how far we are running and I use the Map My Run App when training with him because they have a special group for those who run with their dogs and you can win prizes when you map a run with your pup. 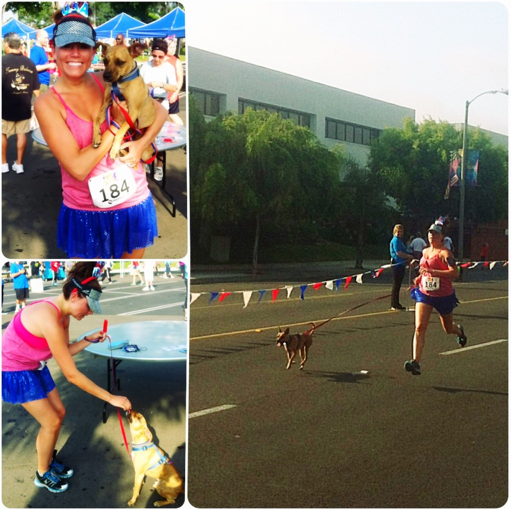 Unfortunately we don’t know what breed he is even though people always ask me when I’m out running with him. He looks kind of like a whippet mixed with something else, which is perfect for running! He also can run long distances without a problem, making him a perfect running partner. Sometimes I wish we could set him up at a track to chase a rabbit to see how fast he really can go. He really pushes the pace when we run, clocking sub 7 minute miles, dragging me behind.

If he doesn’t go for a run though, it does lead to a few issues because he is very high energy and also has separation anxiety that is a bit out of control. We also have another dog, Sophie, that is his buddy to help alleviate some of his anxiety and energy. We got her earlier this year and she has helped out a lot. Sophie is not a running dog though and we usually only take her for walks. She doesn’t understand running unless it’s after a tennis ball.

When running with George, I make sure to take care of him, especially since we are running longer miles. When we first started, I increased his mileage slowly, so we started out with lower miles and then worked our way up. George pulls quite a bit on the leash so I make sure that he’s wearing a harness to help alleviate the collar on his neck when we go for a run. I always make sure he is wearing a collar though with proper identification in case something were to happen. I also check his paws after each run to make sure he didn’t step on something and that his pads are in good shape. Unfortunately during the summer I can’t take him as often as I would like because I want to make sure he doesn’t get too hot and the pavement isn’t too hot for his paws. 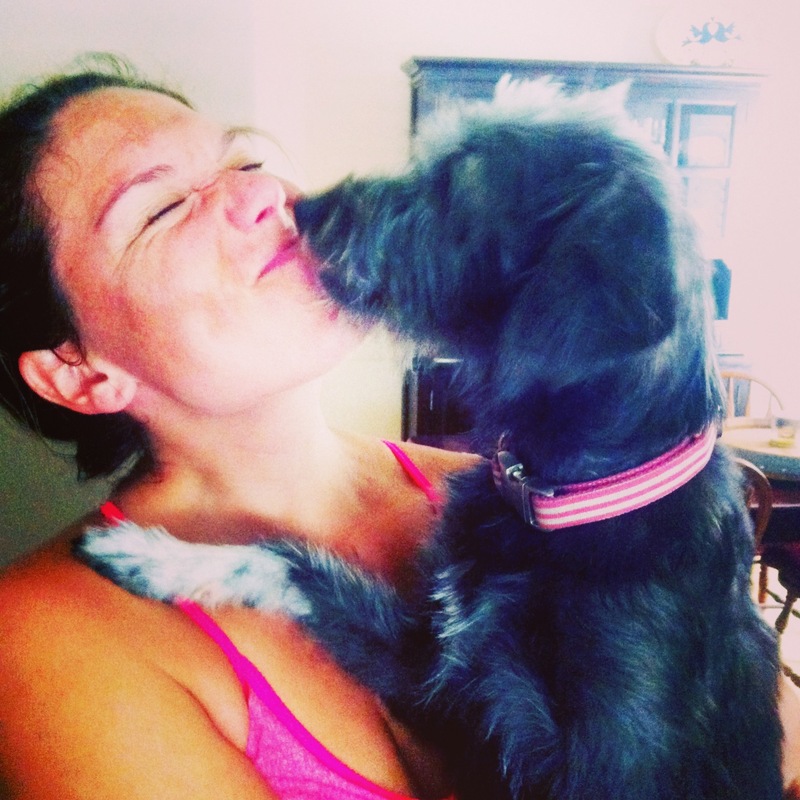 Both of our dogs are rescues and we wouldn’t trade them in for the world. George was found at a construction site by a friend, and when she couldn’t keep him we were excited to take him in. My husband at first was a bit apprehensive with him, as he wasn’t the dog he envisioned for himself, but now they are even closer than George and I! It’s ridiculous. 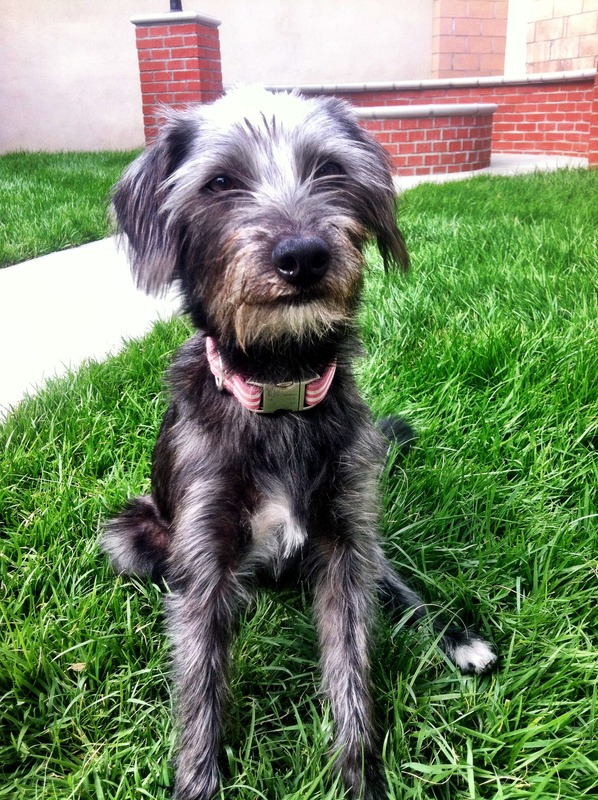 George is also quite a diva and VERY dramatic. He is know for his drama and sighing. Sophie is from the Downey Animal Shelter, and is such a sweet dog. They are about a little over 6 months a part in age, the perfect playmates and both about the same size. She is so happy, such a lover and {we think} so thankful to be alive and have a home. She was surrendered by her previous owners because they were moving and apparently didn’t want her. She wasn’t well taken care of though and when we got her she was filthy and had a collar that didn’t fit on her neck that we had to cut off. We adopted her on her sixth day at the shelter. Something I am passionate about is raising awareness to all the shelter pets that need homes! There are so many great dogs there and if you’re looking for a companion, please, please, go to a local shelter. They have every single shape, size and color and you’re saving a life!

Dogs are the perfect training partner and I’m so glad that I have George to run with as added protection, a running partner and someone to push my pace when my training calls for a faster run!

This is a sponsored conversation written by me on behalf of Purina® ProPlan®. The opinions, photos and text are mine.